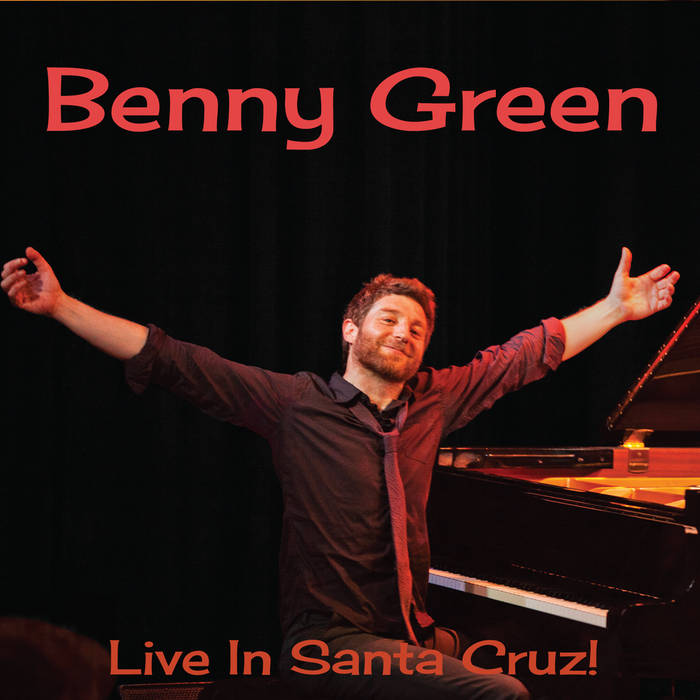 There are certain music venues that become a home away from home for many musicians. Places where the vibe is right, the crowd is always involved and management is friendly. These perfect arrangements leave lasting impressions on musicians who frequently have to deal with situations that aren’t as pleasant.

The Kuumbwa Jazz Center in Santa Cruz, California is one of these places and the favorite venue of pianist Benny Green. Returning to the site where he recorded a live album on his 30th birthday, Green recorded Live In Santa Cruz to mark both the 20th Anniversary of that gig and his 50th birthday. The night and the performance were magical, as the trio featuring bassist David Wong and drummer Kenny Washington lit up Kuumbwa with a program of all original compositions by Green.

Since emerging under the tutelage of Betty Carter, Art Blakey, Freddie Hubbard and Ray Brown in the early 1980s, Benny Green has become a highly regarded pianist and bandleader. His efforts to expand upon the language of the classical jazz canon have placed him not only among the best interpreters but also among the vanguard of musicians keeping jazz’s evolution going.

Some of Green’s best work has been in the trio format, historically a configuration that has been one of the most popular in the advancement of jazz. The ensemble featured here is made up of bassist David Wong, a tremendous musician twenty years younger than Green, and drummer Kenny Washington, one of the most important drummers in the succession to such masters as Art Blakey and Max Roach.

Green has been performing at the Kuumbwa Jazz Center for nearly 35 years. He was introduced to the stage while in the ensembles of Betty Carter and Art Blakey. Since then, Green has tried to make a point of playing the Northern California venue yearly. Begun as a non-profit and festival in 1975, Kuumbwa has maintained a steady presence in the jazz world as one of the premier jazz venues in the United States and is celebrating its 40th Anniversary in 2015.

In 1993, Green celebrated his birthday by recording a live album with the legendary Ray Brown at Kuumbwa. Twenty years later, Green reached out to Kuumbwa to celebrate his 50th birthday and the 20th anniversary of the Brown recording. The results of that wonderful night are reproduced on Live In Santa Cruz.

The recording begins with “Certainly,” a high-energy swinger, which is followed by “Phoebe’s Samba,” an uptempo groover with a Brazilian flare. The subdued “Cactus Flower” is a tempered masterpiece, while the knotty “Sonny Clark” is a monster that would make its namesake proud. “Golden Flamingo” is a slow tempo blues that could melt hearts.

The effervescent “Tales of Malone” is a finger buster with fantastic spots for solos and is followed by “Forgiveness,” a cascading ballad of great beauty. “Bish Bash” begins with some extraordinary interplay between the fleet fingers of Green and the light drums of Washington before hitting its stride. “Anna’s Blues” finishes the set with a crowd-pleasing, joyful strut.

The music of Benny Green is one of warmth and taste, some traits that the management of Kuumbwa Jazz Center have made their prerogative since the venue’s inception forty years ago. Green’s new recording Live In Santa Cruz is a love letter to the place that helped to start his burgeoning career and has helped to push him forward as a successful musician.